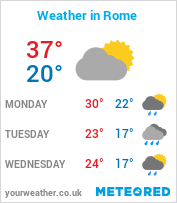 c/o DIN - University of Bologna
Via dei Colli 16
40136 BOLOGNA - Italy
Tel. +390512087716 - Fax. +390512087747
Mobile +39335397539
CV
Graduated in Nuclear Engineering and passed the Professional Engineer qualification exam in 1968, registered in the national roll of Qualified Experts (Radiation Protection Experts) with the 3rd degree (highest) since inception of the roll in 1972. Founding member of the National Professional Association of Qualified Experts in radiological protection (ANPEQ), General Secretary and legal representative thereof since foundation on January 31st, 1979 until when, on March 24th, 2011, he resigned and was appointed Honorary General Secretary for life.
Since the first edition in 1994 to date, he has been continuously Director of the Italian Radiation Protection FORUM, jointly organized by ANPEQ and the autonomous province of Bolzano (Italy), under the auspices of ISPESL (Institute Superior for Workers Prevention and Safety - Health Ministry) and the Div. VI-General Directorate for the protection of working conditions, of the Labour Ministry.

Former Director of the training school on “Magnetic Resonance: physical surveillance, safety and quality”, organized by ISPESL, Ministry of Health and ANPEQ; present Director of the Preparatory School for the Accreditation of Qualified Experts in radiological protection and of the scientific journal “Notiziario di Radioprotezione dell'Esperto qualificato”.

Has been a panel member  for the board of professional engineers of Bologna (Italy) from 1972 to 1975, and from 1978 to 1984 has been Director of the Health Physics Service of the Montecuccolino Nuclear Center run by C.N.E.N. (Nuclear Energy National Italian Committee, now ENEA), University of Bologna and AGIP-Nucleare and where three research nuclear reactors operated.

Qualified Expert and radiation protection Consultant of the Management for the Bologna branch of ENEA from 1984 to 1991, he was appointed National Supervisor of the Qualified Experts of all ENEA Centers from 1991 to 1996.

After leaving ENEA he became Supervisor of the Qualified Experts of all INAIL Centers in Italy, from 1997 to 1999.

Affiliation
ENEA Radiation Protection Institute
Contact details
via dei Colli 16
40136 Bologna, Italy
tel  +39 051 6098275 - 6098120
fax +39 051 6098003
CV
Elena Fantuzzi is a physicist (degree in 1990) with a Master of Science in Health and Radiation Physics (1992). She has worked for 2 years as health physicist with duties in the radiotherapy department at Reggio Emilia (Italy) hospital. Since 1995 she has been working at ENEA and since 2003 she is the head of ENEA - Radiation Protection Institute, which employing approximately 70 people (researchers/technicians) in laboratories in 5 ENEA Research Centres all over Italy, is in charge of all aspects (research, development and safety) regarding the protection of man and the environment from ionizing radiation. She is qualified expert of 3rd level (maximum level) according to Italian legislation for all kinds of practices with ionizing radiation since 1992.

Her main research interests and competence is in radiation metrology and dosimetry applied to radiation protection and medical applications, requirements for radiation quantities and for dosimetry systems, education and training in radiation protection. Her research work has lead to about 80 publications, including report by international working groups or committees mainly for individual monitoring and external dosimetry. She has served on international report committees and working groups of ICRU, IAEA, ISO, IEC, EC and EURADOS. She took part for ENEA at ENETRAP II project. Since 2003 she has been member of EURADOS Council and has been Vice Chairperson in the period 2007-2014.